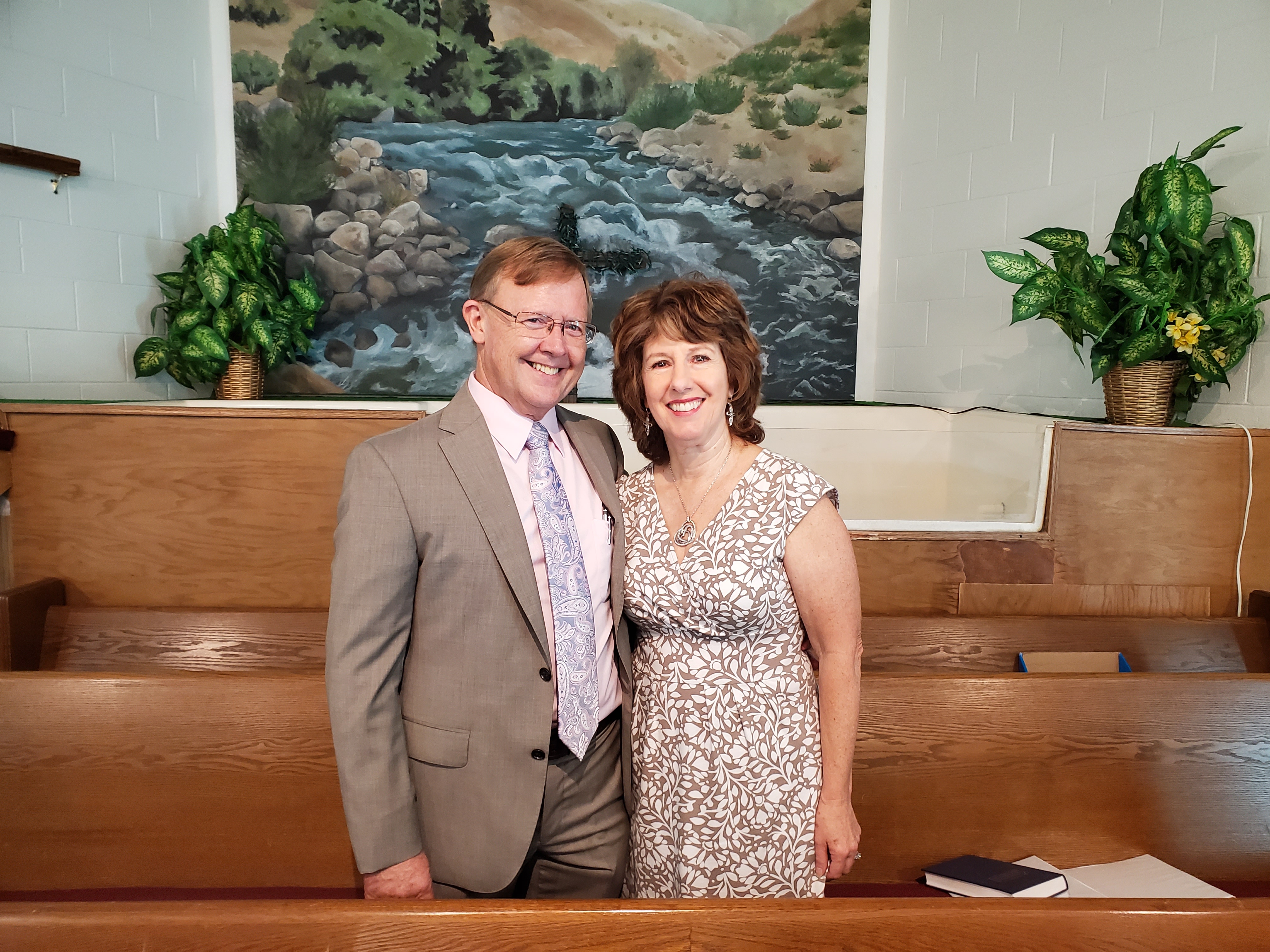 Meet our Minister, Grant Wheeler. Grant began his ministry with us on January 1, 2006, and served along with Joe Guthrie until June 2018. Since that time, Grant has been our only preaching and teaching minister.  He comes from a background of 40+ years in preaching ministry, having served churches in Oregon, Illinois, Indiana, Florida and now here with us. Grant’s educational background includes a B.A. in ministry from Boise Bible College in 1975 and received his MDiv. in Pastoral Care and Counseling from Lincoln Christian Seminary in 1982. Grant has 3 sons who live in Jacksonville, Florida, and Boise, Idaho.
Meet our minister’s wife, Linda. Linda grew up in Fresno, California before later attending Northwest Christian University in Eugene, Oregon. She graduated with her bachelor’s in Christian Education in 1975. Following graduation, Linda served as Youth Director in Turner, Oregon and the Dalles, Oregon where she eventually settled down and raised 3 daughters. Linda later taught Preschool for 17 years before retiring and marrying Grant in June 2018.

Bible Verse of the Day

He that spared not his own Son, but delivered him up for us all, how shall he not with him also freely give us all things?
Romans 8:32
DailyVerses.net
Footer With Address And Phones